Updated: Jun 8, 2021 · Disclosure: As an Amazon Associate I earn from qualifying purchases. I may also earn from other companies mentioned.

This book review of The Book Thief by Marcus Zusak gives you all the details you need to know about this bestselling WW2 historical fiction book, with quotes, themes, discussion questions, and pairings.

Is The Book Thief a true story?

No. The Book Thief is not based on a true story, but rather it is a historical fiction novel about characters and events created by the author, but set during the real time period of World War II.

Below are some of the biggest themes The Book Thief explores:

It’s a small story really, about, among other things:

But, really, at the end of the day, The Book Thief is a book about Death. And I capitalize Death, because Death is personified as the all-knowing first person narrator.

Despite the fact that The Book Thief takes place during World War II era Germany, where Death, in fact, is always present, Death (the narrator) is more haunted by humans than humans are haunted by death. After all, we all must die someday, but Death is the one who sees all humans at their best and worst.

In The Book Thief, Death is particularly intrigued by a young girl names Liesel who is traveling to her new foster family by train with her mother and brother. Death first makes his presence known during this initial train ride, setting the stage for additional deaths to occur by the end of The Book Thief. And Liesel, who is The Book Thief, steals her first book graveside during this sequence.

She moves in with Hans, a warm-hearted painter and accordion player, and his wife Rosa, who has a much harder exterior. We begin to see the meaning of words in the novel as Hans teaches Liesel to read.

At the same time, Liesel begins to help Rosa with her laundry basket, delivering laundry to wealthy families, including the mayor, who has a library that fascinates Liesel.

She also befriends a local boy named Rudy and engages in mischief like stealing with him.

As World War II escalates, the mayor can no longer be a laundry customer, so Liesel begins breaking into the family’s house to steal books.

Meanwhile, Liesel’s new family takes into hiding a Jewish man named Max. He and Liesel bond over illustrations he draws in Mein Kampf, Hitler’s book, which ironically is tearing the country apart. At the same time, books are essential to the mental and emotional survival of the characters in these dark days.

Here, we begin to really grasp the good and evil forces that words have in this story, and in life.

This is only the beginning of the plot of The Book Thief and, while so much more death occurs as Liesel’s reading journey progresses, I don’t want to spoil the remainder of the plot for anyone new to the book.

While The Book Thief is marketed towards Young Adults, it does, of course, have very heavy themes and can be read by both Young Adults and adults who are comfortable doing so.

The writing style, including illustrations and visual snippets and interjections from Death, make The Book Thief one of the most unique books I have ever read. And the quotes below are proof of the exquisite meaning presented by the novel.

The Book Thief is absolutely unforgettable.

Below are 10 of the best quotes from The Book Thief:

I am haunted by humans.

She could smell the pages. She could almost taste the words as they stacked up around her.

I wanted to tell the book thief many things, about beauty and brutality. But what could I tell her about those things that she didn’t already know? I wanted to explain that I am constantly overestimating and underestimating the human race-that rarely do I ever simply estimate it. I wanted to ask her how the same thing could be so ugly and so glorious, and its words and stories so damning and brilliant.

Usually we walk around constantly believing ourselves. “I’m okay” we say. “I’m alright”. But sometimes the truth arrives on you and you can’t get it off. That’s when you realize that sometimes it isn’t even an answer–it’s a question. Even now, I wonder how much of my life is convinced.

If only she could be so oblivious again, to feel such love without knowing it, mistaking it for laughter.

Even enemies were an inch away from friendship.

The consequence of this is that I’m always finding humans at their best and worst. I see their ugly and their beauty, and I wonder how the same thing can be both.

The words. Why did they have to exist? Without them, there wouldn’t be any of this.

It amazes me what humans can do, even when streams are flowing down their faces and they stagger on, coughing and searching, and finding.

People have defining moments, i suppose, especially when they’re children.

Why do you think Death was the narrator?

What did you think of the unique writing style?

Why was Death so intrigued by Liesel?

In an era in which Death was literally always present, why was Death haunted by humans and not the other way around?

Discuss the role(s) of books in this novel.

What did Max and Liesel gain from each other through their friendship?

Discuss the War as portrayed through Liesel’s eyes.

Discuss the meaning of Liesel’s friendship with Rudy, Hans, Rosa, and the mayor’s wife.

Did you like or dislike the foreshadowing of Death throughout the novel?

Do you agree that this book should be characterized as Young Adult?

Discuss the role of thievery in the novel.

Get 109+ more book club questions that work for ANY book.

The Book Thief was released as a major motion picture in 2013. I thought it was a fantastic adaption, from acting to cinematography to how close it stayed to the plot of the novel.

It also has overwhelmingly positive reviews on Amazon.

Below is the trailer: 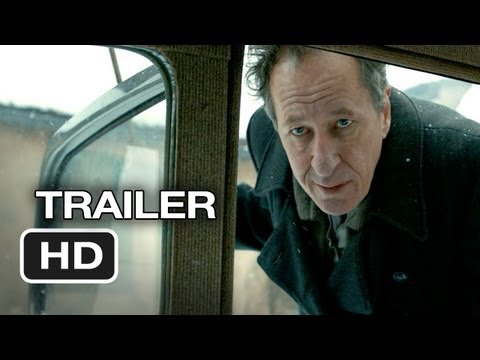 If you already read and loved The Book Thief, check out more of the best World War II historical fiction books.

If you liked this book review of The Book Thief by Marcus Zusak, sign up to receive The Literary Lifestyle emails for free. Each week, I’ll send you a FREE *cozy* email with themed book + lifestyle pairings to make your reading life easier & more fun. It’s like Reading Rainbow for women!

P.S. – When you subscribe, I’ll instantly send you all my bookish printable PDFs as a FREE BONUS.

I'm Julianne a/k/a Jules Buono, and my blog is "where books meet lifestyle" -- a book blog with pairings for a classic and timeless lifestyle. It's like Reading Rainbow for women! I've been on The Today Show's Read with Jenna book club on TV, as well as Oprah's Book Club and Reese's Book Club on Instagram, and Buzzfeed. Email me directly at: julesbuono@theliterarylifestyle.com.

I live in Philly with my husband and cats and an introverted homebody. I'm an enneagram 6w5, Aquarius, Hufflepuff, INFJ, classic style lover, mostly vegan eater, and a fan of character-driven novels and epic family sagas.

Shop the bestsellers on this blog: