This updated list of Reese's YA Book Club Books is perfect for young adults looking for their next great read. I'm so glad Reese Witherspoon decided to branch into YA territory with her book club picks, as it's extra important for teens to have the most meaningful books easily at their disposal, and Reese's picks here do NOT disappoint. They are filled with diversity, adventure, family, fun and history!

If you are looking for the fully updated list of Reese's book club picks for adults, well that's my most viewed and most shared post!: 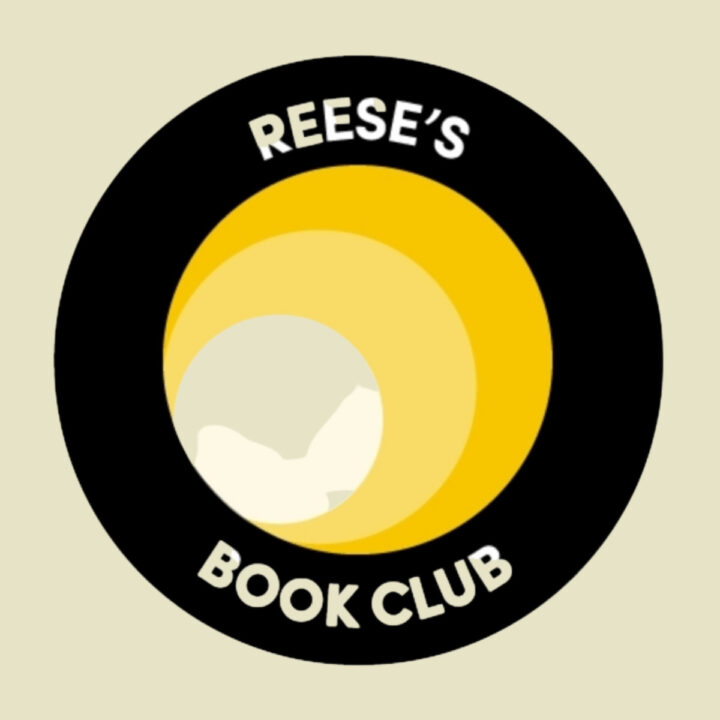 (I also compile lists of other celebrity book club picks if you need them.)

You Should See Me in a Crown by Leah Johnson

Best for fans of Jenny Han and diverse romantic comedies

In the first of Reese's YA Book Club Books, You Should See Me in A Crown, Liz is a Black, bisexual teen who has always believed she was too much of an outsider to shine in her small, rich Indiana town. So, she dreams of attending Pennington College, playing in their world-famous orchestra and becoming a doctor.

When her financial aid falls through, she's reminded of her school's scholarship for prom king and queen. Although she wants nothing less than participating in the prom court, she'll do whatever it takes to go to Pennington.

She begins to fall for the new girl in school, Mack, whose just as much an outsider... but is also running for prom queen. And, just like that, prom may either keep Liz from her dreams or make them come true.

Best for fans of Elizabeth Acevedo and #OwnVoices books

In Furia, Camila lives a double life in Argentina, as a daughter living up to her mother's expectations, and as "La Furia," a rising soccer star in her brother's shadow and under the rule of her temperamental father.

When her team qualifies for the South American tournament, she dreams it will lead to an athletic scholarship to a North American university.

But she needs her parents' permission and, also, the boy she loved, now an international star is back in town. As her life gets complicated, Camila she must find her way in the world.

Best for fans of adventure

Fable brings the reader to a world made dangerous by the sea and by those who wish to profit from it. It's filled with action, emotion and lyrical writing, as a young girl strives to find her place and her family in a world built for men.

Fable is the daughter of the most powerful trader in the Narrows, and the sea is the only home she has ever known. After her mother drowned and her father abandoned her on an island with little food, she trusts no one. Yet, she wishes to find her father and work with his crew.

She enlists the help of a young trader named West, but he isn't who he seems. Together, they will have to survive more than treacherous storms to stay alive.

Best for fans of Love & Gelato

In A Cuban Girl's Guide to Tea and Tomorrow, Lila Reyes planned to take over her abuela’s role as a baker at their panadería, to move in with her friend after graduation and to live happily ever after with her boyfriend. But then Lila's life fell apart.

So, her parents plan for her to spend three months in Winchester, England, to reset. But England lacks sun, has grumpy townspeople and lacks Miami flavor…until she meets Orion Maxwell, a troubled clerk at a teashop.

He appoints himself as Lila's personal tour guide and, before long, England (and Orion) start to feel charming and she begins to envision a new future.

The Light in Hidden Places by Sharon Cameron

In The Light in Hidden Places, Stefania is a Polish Catholic teenager in 1943, working in a grocery store, secretly betrothed to one of the owner's Jewish sons.

When the German army invades during World War II, the Jewish family is forced into the ghetto, and Stefania is alone, caring for her six-year-old sister.

You Have A Match by Emma Lord

Best for fans of family fiction

In You Have a Match, Abby signs up for a DNA service, she surprisingly learns she has a secret sister -- and it's the shimmery-haired Instagram star, Savannah Tully.

They meet up at summer camp to figure out why Abby's parents gave Savvy up for adoption. But it's complicated, as Savvy is a rule-follower, Abby's love life is put on blast, and their parents have a secret that may unravel everything.

Sometimes, the hardest parts of life are also the best.

Best for fans of Angie Thomas (The Hate U Give)

In Firekeeper's Daughter, eighteen-year-old Daunis Fontaine has never fit in, neither in her hometown nor on the nearby Ojibwe reservation. She dreams of a fresh start in college, but when family tragedy strikes, she puts her future on hold.

Luckily, there's a charming new member of her brother’s hockey team. As she falls for him, she senses he's hiding something. And it all comes to light when she witnesses a shocking murder, thrusting her into an FBI investigation of a lethal new drug.

She agrees to go undercover to track down the source, which exposes secrets and causes her concern about the focus on punishing the offenders and opposed to protecting the victims. She must learn what it means to be a strong Ojibwe woman.

Tokyo Ever After by Emiko Jean

Best for fans of Asian American books and royals

In Tokyo Ever After, The Princess Diaries meets Crazy Rich Asians! Izumi is an outsider as a Japanese American in a small, mostly white, California town. It's her and her single mom against the world... until she discovers her father is the Crown Prince of Japan. This means Izzy is actually a princess.

She travels to Japan to meet her father, as well as her sneaky cousins, the relentless press, and a grumpy (but handsome) bodyguard. And, she has to learn thousands of years of tradition basically overnight.

She becomes caught between worlds in which she is never enough -- America and Japan, in her quest to live.

The Downstairs Girl by Stacey Lee

Best for fans of Asian American books and royals

In The Downstairs Girl, seventeen-year-old Jo Kuan is a lady's maid for the mean daughter of a wealthy Atlanta man.

At night, however, she "moonlights" as a newspaper advice columnist for proper Southern ladies. In this position, she secretly addresses society's ills, but, in doing so, encounters backlash about race and gender.

Meanwhile, she researches her own past and the parents who abandoned her as a baby. Caught in the crosshairs of Atlanta's most notorious criminal, she must decide whether to reveal herself.

Within These Wicked Walls by Lauren Blackwood

Best for fans of fantasy and thrillers

Within These Wicked Walls is a heart-stopping fantasy novel that has been described as an Ethiopian remix of Jane Eyre.

Andromeda is an exorcist who would be hired to cleanse houses of the Evil Eye, if her mentor hadn’t thrown her out before she earned her license. Now she must find a rich Patron to will vouch for her abilities.

When a handsome young heir named Magnus hires her, she ignores his rude and eccentric behavior because she is so desperate for a job.

But Magnus is hiding secrets, and there are horrifying manifestations everywhere. If she stays, she will die, but after she falls for Magnus, leaving him to live out his curse alone isn’t an option.

Best for fans of romance

Anatomy is about a woman named Hazel who wants to be a surgeon more than she wants to marry. Then, she meets a man named Jack, who's just trying to survive.

When Hazel is kicked out of her lectures for being a woman, her only chance to pass her medical examination on her own is to study on corpses, and she's lucky that Jack digs them up for a living.

Together, they work to uncover the secrets buried both in these graves and in their society.

(Note: This was the final Reese's YA Book Club selection. She is not picking YA books seasonally anymore. If she picks a YA book in the future it will be a part of the regular Reese's book club.)

That concludes the full list of Reese's YA Book Club books for young adults.

As a reminder, if you are looking for the fully updated list of Reese's book club picks for adults, well that's my most viewed and most shared post!:

Shop the Full List of Reese's YA Book Club Books