If you love to listen to Gilmore Girls music soundtrack while watching the show, this post provides the best of the Gilmore Girls music (including the infamous Gilmore Girls theme song), separated by season for the original show and then by episode for the Netflix revival. Then, I share a Spotify playlist with all the best songs from the soundtrack so you can listen and/or save it to your Spotify account.

Below is the best of Gilmore Girls music soundtrack, separated by season for the original show, then by episode for the Netflix revival. I re-watched the entire series to compile it (not that I minded…*WINK*), and I tried to pick the songs that paired with the most memorable moments on Gilmore Girls.

Music is, without a doubt, one of the top reasons to watch Gilmore Girls, so scroll down to see all my picks for my favorite songs on the Gilmore Girls soundtrack below!:

“Where You Lead” by Carole King

“There She Goes” by The La’s – Opening scene

“Someone to Watch Over Me” by Marty and Elayne –  Emily and the “Silver Fox” dance at the bar, until she freaks out and leaves

“Those Lazy, Hazy, Crazy Days of Summer” by Nat King Cole – Played by the band at the Stars Hollow festival

“Catch a Wave” by The Beach Boys – Jess arrives in California

“Shadow Dancing” by Andy Gibb – One of Lorelai’s favorite songs plays in the car while she hides from her parents awaiting Rory’s arrival to Friday Night Dinner… until Emily catches her.

“So Says I” by The Shins – The Shins perform at the club where Rory and Paris go.

“Satellite of Love” by Lou Reed – Playing in Rory’s room before she loses her virginity.

“As Time Goes By” (From “Casablanca”) – The Life and Death Brigade sings at their event.

“Come On-A My House” by Rosermary Clooney – Lorelai plays music for Luke on their date.

“Do You Love Me?” by Chaim Topol and Norma Crane – Kirk and a youngster sing at a rehearsal of Fiddler on the Roof

“Don’t Sit Under the Apple Tree” by The Andrews Sisters – Richard and Emily dance at Rory’s DAR function.

“Magic to Do” by Ben Vereen – Miss Patty’s students sing at the beginning and end of her show.

“Pennies from Heaven” by Louis Prima – Plays during Thanksgiving dinner

“My Heart Will Go On” (Instrumental) by Celine Dion – Plays at the funeral of Michel’s dog, Chin Chin

A Year in the Life: Winter

A Year in the Life: Spring

A Year in the Life: Summer

A Year in the Life: Fall

That concludes the best of Gilmore Girls music soundtrack.

If you loved this post about music from the Gilmore Girls, you will love these posts: 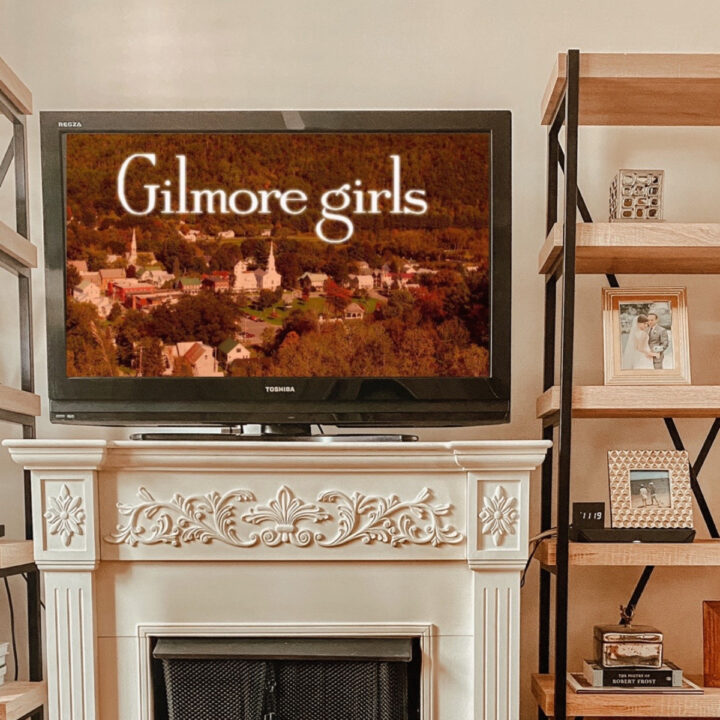 This is amazing! GG is like a warm blanket every single time I watch…which is often. Thank you for this wonderful playlist.